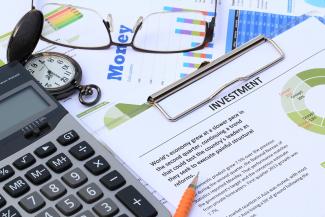 Respect Your Investments & The Process

People are always seeking ways to continually grow wealth. However, just as taking pills are no substitute for diet and exercise when it comes to losing weight, throwing caution to the wind and abandoning long-term principles of investing such as (1) asset allocation; (2) diversification; (3) periodic rebalancing and (4) shunning market timing for the allure of investing in what is ‘hot’ at the moment is not a sound investment strategy that will lead to success over time. Additionally, an investor’s mindset should be not just on growing and accumulating their wealth, but, as well, maintaining, preserving and ultimately disseminating wealth in a manner that best meets one’s goals, needs and objectives – which can and often does evolve with time. While accumulating and growing are critical to this endeavor, not focusing on all of the ‘lifecycles of wealth’ may over-expose individuals, families, businesses and other entities to certain risks that were (or are) over looked and/or under-appreciated. Accordingly, it is important to consider one’s entire balance sheet and cash flow, both currently and on a projected basis, as part of the investment process – which will also change over time. While capital appreciation is often the overriding goal, it is equally, if not more, important to pay attention to risk as much as rewards. As such, capital preservation cannot be ignored given the extreme laws of math – where a 50% decline requires a 100% increase merely to break-even. An investor in the Nasdaq at the peak of 2000 would not have recouped their initial investment for approximately 17 years – meaning, after factoring in inflation, they would have sustained a considerable loss of purchasing power. A useful reminder of how to maintain a successful investment program, “The Tao of Wealth Management” (July, 2018), written by Jim Parker of DFA Funds, has been attached herein.

‘Paralysis by analysis’ is a phrase used to indicate when one is unable to make a decision given so much information at hand. When it comes to the field of investments, this is apropos. According to a Cerulli Associates contained in a June 25, 2018 article in FinancialAdvisorIQ.com entitled “Cerulli: Too Much Product Choice Leads Retail Investors Astray,” such an abundance of choices and ‘nearly unlimited data’ “can cause investors to become overwhelmed instead of informed. In the end, investors with too many options end up struggling to pinpoint the right solution for their own specific needs and goals.” What makes it even more challenging for investors, including advisors, is the fact that equally bright individuals, managers, teams, firms and others may offer completely different ‘takes’ or ‘opinions’ on the merits of a specific investment or asset class – yet sound so convincing that their opinions seem like guaranteed facts. In a 04/02/18 article by Larry Swedroe for Advisor Perspectives titled, “The Track Record of Market Pundits,” from 2010 thru 2017 only 27% of ‘sure things’ from market gurus actually occurred. Howard Marks, Co-Chairman of Oaktree Capital, opined a few years ago that, “People who rely on forecasts seem to think there’s only one possibility, meaning risk can be eliminated if they just figure out which one it is. The rest of us know many possibilities exist today, and it’s not knowable which of them will occur. Further, things are subject to change, meaning there will be new possibilities tomorrow. This uncertainty as to which of the possibilities will occur is the source of risk in investing.”

As part of our ongoing due diligence process, we pay attention to the ‘micro’ (minutia) in order to establish and continue to substantiate, over time, the ‘macro’ (big picture – e.g. which investments we prefer to own and, likewise, avoid). While we believe in and adhere to the ‘KISS’ principle (“keep is simple, stupid”) with investments, in order to achieve this we must delve into the weeds in our attempt to see the forest from the trees. A brief summation in May, 2018 by DFA, entitled ‘Turning Out the Noise,’ has also been enclosed and reinforces the need to maintain patience, perspective and a disciplined investment approach.

Although performance is quite important, it remains a poor judge of the underlying merits of a given investment. As contained in the January, 2018 paper by S&P Dow Jones Indices entitled, “Does Past Performance Matter? The Persistence Scorecard” – (1) out of 563 domestic equity funds ranked in the top quartile of returns as of Sept., 2015, only 6.39% managed to stay in the top quartile at the end of Sept., 2017; (2) only 4.7% to 6.5% of large-cap, mid-cap and small-cap funds maintained top-half performance over five (5) consecutive 12-month periods; (3) no large-cap, mid-cap or small-cap funds managed to remain in the top quartile at the end of the five-year measurement period; (4) an inverse relationship generally exists between the measurement time horizon and the ability of top-performing funds to maintain their status; (5) the data reflected a stronger likelihood for the best-performing funds to become the worst-performing funds than vice-versa and (6) over the five-year measurement horizon, the results show a lack of persistence among nearly all the top-quartile fixed income categories, with a few exceptions.” Accordingly, with respect to the below please note that past performance is no predictor, or guarantee, of future performance.

Key Takeaways From The Above Include:

To conclude this section, I leave you with a quote from Ben Carlson, CFA, in a 04/23/18 article he penned titled, “Trading One Risk For Another:” “You cannot eradicate risk in a portfolio. You can only choose when and how to accept risk in different variations. Doing so will always involve balance and trade-offs.”

All That Glitters May Not Turn Into Gold

It is amazing that we read multiples time a week, it seems, about some fraudulent investment scheme that cost investors large sums of their invested assets.  Some of the themes are similar in terms of how such acts take place – such as (1) client funds not being maintained at an independent custodian, with clients having online account access and receiving account statements and correspondence directly from the custodian; (2) clients falling for promises of guaranteed (and high) returns [when they don’t exist aside from certain investments such as bank deposits and U.S. Treasury Bills]; (3) providing general powers of attorney to these supposed financial professionals; (4) investing in private, and highly illiquid, investments (with a lack of accountability and documentation) and (5) not being proactive when it comes to asking questions and reviewing one’s investments.  Not everything referenced below involves fraud; however, with respect to engaging any investment professional or owning a particular investment, as the Gipper used to say, “Trust but verify!”

We titled this piece “Respect Your Investments &The Process” to pay homage to the role investments play in our lives.  It is critical we have a process and plan in place to continually manage, monitor, grow and protect our portfolios as dictated by our unique facts and circumstances – which are ever evolving.  Remaining engaged and proactive is never easy – but was it the alternative? Everything in life requires effort, time and commitment – our investments are no different.

REMINDER:  Past performance is not a predictor of future returns.  Nothing contained herein shall be construed as the rendering of personalized investment advice or providing our opinion as to the merits of a particular investment or strategy.

IRS CIRCULAR DISCLOSURE
To ensure compliance with requirements imposed by the IRS, we inform you that any U.S. tax advice contained in this communication (including any attachments) is not intended or written to be used, and cannot be used for the purpose of (i) avoiding penalties under the Internal Revenue Code or (ii) promoting, marketing or recommending to another party any transaction or matter addressed herein.