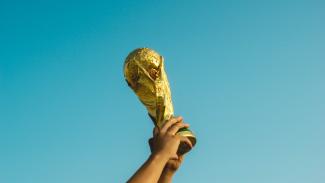 Keep Your Eyes On The Prize!

In an investment letter we penned a little over one year ago, among other things we observed that, “With respect to our investments, unfortunately, we often fail to learn from previous mistakes, such as buying into recent performance, chasing the hottest fad and making wholesale shifts in our asset allocation for one reason or another.” Well, a Presidential election, particularly with a result not anticipated by the masses, can fall within the “one reason or another” reference. As a result, many individuals are feeling extremely despondent and gloomy, while seemingly just as many are quite enthusiastic and gleeful. Irrespective of your views, politics should have nothing to do with your long-term investment plans! Don’t allow your dislike for our next President to result in your bailing out of stocks and jumping entirely into bonds, gold, cash and the like. Likewise, if you are a big fan of our next President you should not permit this joy to result in your abdicating a diversified portfolio and loading up on stocks (and emphasizing those stocks you “think” or “have been told” will outperform).

Although the field of investments can be quite complex, we do our best to adhere to the “KISS” principle (“Keep it simple, stupid!”) as much as possible. This includes, for example, focusing on what is within our control; namely, appropriate asset allocation; adequate diversification; periodic rebalancing; avoiding the temptation to time the markets; etc. “Experts” attempt to make predictions based upon who controls the White House and Congress and the impact on domestic and global markets across various asset classes and sub-asset classes (e.g. which sectors will outperform and underperform over a given period of time; etc.). Unfortunately, the only things certain in life are death, taxes and change throughout time. History is replete with examples supporting the impossibility of predicting with any degree of certainty which asset classes, sectors, companies, etc. will do better (and worse) under a given Administration. Quite simply, this is a fool’s errand.

I have voted in 6 Presidential elections. I’m 3 – 3, batting .500, which would put me in the Hall of Fame in baseball as the greatest hitter ever while failing any course in school. Did I do anything differently the next day and the following 4 (or 8) years in terms of my investments, my life, my work efforts, etc. when the person I voted for became President versus the opposite result having occurred? Absolutely not. While I may have been happy (or glum and moody), I didn’t allow my political views to influence activities within my control, particularly with respect my long-term investment plans. Just like in marriage where you agree to take your spouse “in good times and bad,” (and there will be plenty of both), so, too, should you be cognizant that when you formulate your investment plan you need to stick with what you own through the good and bad because both will occur (and no one knows when and the magnitudes). Unless there is a material reason for making a change (e.g. something in your own personal circumstances; a legitimate reason(s) impacting one of more of your investment holdings; etc.), don’t allow your emotions to get the better of you and your investment portfolio!

As support for the above, below (and attached) I have included relevant information (facts, not my opinions), including some real head scratchers since the election over 3 weeks ago. The sole purpose of including such information is to reiterate the importance of not letting your long-term plans go off course because you didn’t (or did) like an election result. It is important to have a long-term plan, stick to it, modify it as necessary and, at critical times (such as after a Presidential election), do nothing unless warranted!

Market Timing: Worse than the odds of getting rich at the casino – as is relying on projections from the “experts.”

Is it any wonder, then, that those investors who viewed their results more frequently within a given year held a lower percentage in stocks relative to those who look at their results on a less regular basis? Although the value of companies changes in the marketplace every single day, the fundamentals of companies don’t change nearly as quickly.

Attached are the following articles and charts that collectively do a terrific job supporting much of the information contained herein as well as previous correspondence of ours:

One of the most famous investors, Benjamin Graham, said that in the short-run, the stock market is like a voting machine – tallying up which firms are popular and unpopular. In the long-run, however, the market is like a weighing machine – assessing the substance of a company. As such, what matters in the long-term is a company’s actual underlying business performance rather than the investing public’s often fickle opinions about its prospects in the short-term. Keep that long-term in mind despite all the noise taking place which can distract from our mission and veer us off course.

IRS CIRCULAR DISCLOSURE
To ensure compliance with requirements imposed by the IRS, we inform you that any U.S. tax advice contained in this communication (including any attachments) is not intended or written to be used, and cannot be used for the purpose of (i) avoiding penalties under the Internal Revenue Code or (ii) promoting, marketing or recommending to another party any transaction or matter addressed herein.